BuildCircuit is an online store for selling electronics kits and components related to Arduino, Raspberry Pi, etc. We operate from Sydney, Australia.

We design and sell basic electronic kits and Arduino modules for all electronics enthusiasts.

Description: Amarino Lamp is a versatile programmable LED lamp based on Arduino. The lamp has an inbuilt Arduino as its controller. PWM signals from Arduino are fed into UNL2003A and this chip controls the LED lamp. You can also simultaneously control the lamp with an infrared remote control. It has the following features:

The Bluetooth module on the kit is paired up with the Bluetooth of phone and control commands are sent from the phone application. The commands are interpreted by the Arduino UNO microcontroller and ULN2003 is driven to operate the LED lamp.

Infrared signals are sent from the infrared remote control and those signals are interpreted by Arduino UNO chip and control commands are sent to the ULN2003 to drive the LED lamp.

You will need basic soldering knowledge to assemble the kit. The assembly process is very straight forward, you can easily guess which components to solder where on the PCB. The silkscreen labels are very clear and directs you to assemble the board properly.

A 12V power supply with 500mA or 1A output is enough for this lamp. You can also ask us before you purchase the power supply, we can suggest you. Contact us.

You can buy similar to this one: 12V DC Power Adapter Supply 2.1mm 1A, CCTV

We do not sell that because different countries have different plug standards, so, we cannot stock that for all countries, not even Australia.

As we are getting few reviews for our products, we are displaying feedback from our store on Ebay. Please leave your feedback if you purchase a product from our store. Click on the image below to see all the recent feedback 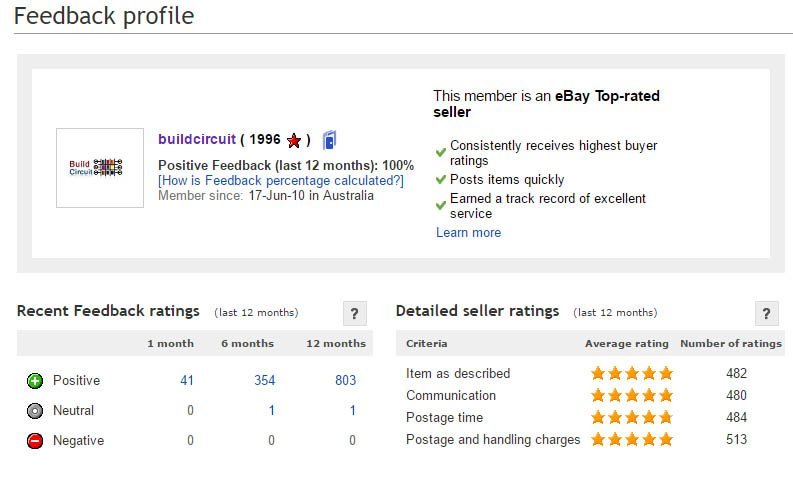 This product hasn't received any reviews yet. Be the first to review this product!

BuildCircuit is a trustworthy online store established in Sydney, Australia. We have been maintaining our quick shipping service since we started the store in Turku, Finland(in 2012).

We ship our products to more than 45 countries using Australia Post. Our regular customers are from the USA, Canada and Europe. We are currently using four different shipping methods to ship the orders to international destinations. We request you to select 'Standard Post' or 'Registered Post' while checking out so that you can receive your package quickly.

We usually ship your orders within 1-2 days. Small orders are usually processed and shipped on the same day.

Australia Post has never lost any package since we started our business in Ausralia. So, we request you all to buy with confidence.

Are we reliable ? How to know we are genuine sellers ? How is your payment safe ?

1. If you make a payment via Paypal and if we don't ship, you can open a case on Paypal and ask for refund. Paypal will be on your side and they will make full refund.

2. We have been selling on Ebay also and we are TOP RATED SELLER on Ebay. Please check our store: http://stores.ebay.com.au/buildcircuitstore

3. This is our SSL seal from GeoTrust. Please click on the seal

4. We have a popular blog www.buildcircuit.com and people from all over the world read our posts. We are seriously in the business, therefore, we WILL ship your orders

For International Customers: For registered and express post orders, you will receive a notification on your email after the package is landed in your country. Examples given below: 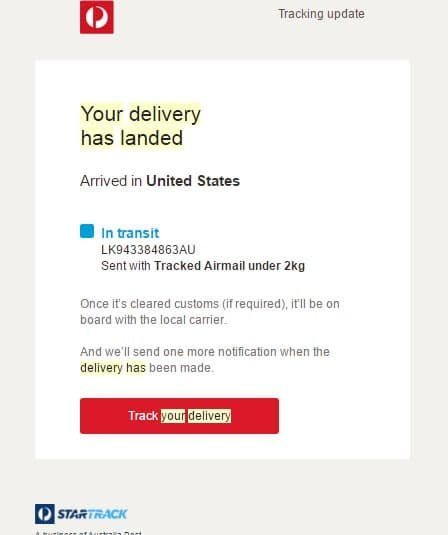 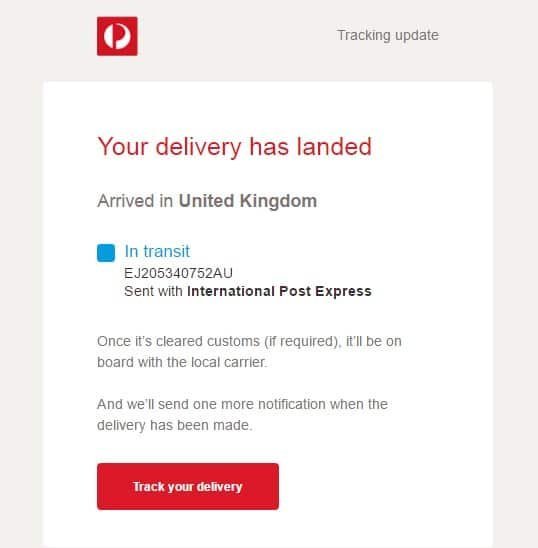